admin August 13, 2019 Uncategorized No Comments on It’s OK to Get Mad at Trump – But Don’t Pretend There’s Another Choice in 2020

Many of us felt the need to vent last week (present company included) when Senate Majority Leader Mitch McConnell proudly declared that he and President Trump were seriously looking at a gun ban. Fortunately, that’s off the table now – because of Trump, not McConnell.

Try not to let your frustration with our President get the better of you. It’s always best to wait two or three days after he says something, to see how he’s going to act. And it’s okay to get mad at Trump from time to time, but let’s not kid ourselves. There’s no other choice in 2020.

For all his missteps, would you trade President Trump for any of the assorted goofballs, socialists and radical activists running for the Democrat nomination right now?

Most elected Republicans wither and fold into a puddle of apologies anytime the mainstream media lyingly calls them a “racist” – which they’re going to do no matter what. MSNBC did seven different news features comparing Trump to Adolph Hitler – and that was just in July! He’s still standing strong against daily smears, lies and conspiracy theories about Putin.

Trump understands the existential threat that America is facing due to unlimited immigration from the Third World. That’s why his latest “rule change” has the left throwing yet another conniption fit.

The Trump administration has announced that it will no longer be handing out green cards to immigrants who a) will obviously require welfare to survive in our advanced, modern economy and b) can’t speak English. Beautiful!

And if you just thought, “Wait, isn’t that already federal law?” you would be correct. The only thing controversial about the rule change is that Trump is directing the Immigration and Naturalization Service (INS) to go back to following the law the way it was before Obama suspended it.

Instead of using the tiniest bit of scrutiny to determine who gets to move into your neighborhood, Obama allowed the world’s poorest, sickest, and most ‘Unlikely to Succeed’ to get first priority when it came to green cards.

This latest rule is likely to cause a sea-change in the way America accepts immigrants. We’ll still be accepting way too many, but at least if an applicant needs a translator to check the Occupation box that says, “Professional Goat-Milker,” he won’t be getting in.

Now if Trump can manage to actually reduce the hordes of illegal immigrants coming into the country, we’ll really be cooking with gas. 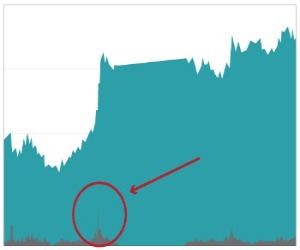 Not to keep harping on the housing issue, but it seems like the only people too dumb to understand the current housing crisis in America are network news anchors and Democrats running for president in 2020. Housing costs continue to skyrocket across the country because we are letting too many people in.

We have more people than houses and apartments. We’re letting 200,000 legal and illegal immigrants settle in the US every month right now, while the US manufacturing industry operating at full capacity can only build 1,200 new housing units per month nationwide.

For the Democrats running in 2020, lowered quality of life and skyrocketing housing costs are just an inevitable mystery that you’re going to have to deal with. Andrew Yang, for example, is really excited about the Mad Max dystopia that our open borders are forcing Americans to endure. When talking about skyrocketing housing costs, he notes that many younger Americans will no longer be able to enjoy the American dream of home ownership.

Here’s his solution: “I was in a shipping container apartment in Las Vegas that cost only $30,000 and it was downright appealing. There are things we can do to make housing more affordable for Americans.”

Translation: Andrew Yang is too dumb to figure out basic supply and demand. But think of the creativity your kids and grandkids will unleash when they’re forced to LIVE IN A FREAKING BOX!

It’s probably not going to do wonders for America’s declining birthrate either, when you attempt to invite a young lady over to your charming “Andrew Yang hobo container.”

Trump looks at the declining quality of life in America due to immigration and says, “Hey, let’s fix this.” His 2020 opponents look at the same problem and tell us uppity Americans to shut up and take it, otherwise they will call us racists.

“How dare you disgusting people – who I hope to rule over – suggest that you should have any say about who is let into the country you inhabit!”

The Democrats see the looming catastrophe of an America overrun by the Third World but have no solutions. They’ve been so thoroughly indoctrinated with the “mass immigration is inevitable and beneficial” propaganda for so long that they can’t see the actual problem right in front of their eyes.

Our cities are getting dirtier and more crowded by the day for some mystery reason, causing people in the cities to flee to smaller towns and new states – and now those smaller places are filling up too. How progressive! Better just get used to it!

The really great thing about the Trump presidency is that so many Americans are now alert to the scam. We’re not just going to reelect Donald Trump in a landslide in 2020. We’re never going back to the squishy, non-conservative “conservatism” of the Bush neocons.

We gave them 30 years of chances and they couldn’t even conserve little girls’ bathrooms. They lost to Obama – twice!

Can you imagine voting for a Bush, a McCain or a Romney ever again in a presidential election? Me neither. They deserve to lose if they’re not going to represent “we the people.”

With Trump’s election and presidency, it’s been like we finally tasted steak after being fed a steady diet of vegan soy and brussel sprouts for three decades. No thank you, globalists, we require steak from now on. Anything less just won’t do.

That being said, I’m still ticked about the stupid and unconstitutional “red flag” anti-gun law Trump and the GOP are trying to pass.