Trump Has Exposed How Weak America’s Enemies Truly Are

admin October 18, 2019 Uncategorized Comments Off on Trump Has Exposed How Weak America’s Enemies Truly Are

We should all be thankful that President Donald Trump has exposed just how shabby and ineffectual America’s enemies are. And by “Enemies of America,” I mean the media and our politicians, of course.

There’s just something about President Trump that makes our enemies wither like dandelions in a heavy breeze. How many times have we seen seemingly powerful elites just melt into a crying puddle of failure at the slightest bit of pushback since Trump entered the 2016 race? I’ve lost count. It turns out that our elites are not very good at “elite-ing.” They crumble and fold at the first sign of pushback.

Of course, that’s been part of the problem for a long time. No one in GOP, Inc. was willing to push back against the Clintons or the Bushes or the McCains or the Bidens as they lined their own pockets and sold out America’s future to enrich their own families.

Imagine how much better off the country would be now if anyone had had the guts to stand up years ago and say, “You know what elites? You guys suck!”

For example, let’s look at how quickly one of the elites recently folded when he received the teensiest, tiniest bit of pushback.

Shepard Smith has been an anchor on Fox News for as long as Fox News has been a thing. He’d been there for like 20-some years. Despite Fox News supposedly being a “conservative” news outlet, the militant, far-left, America-hating Shepard Smith was the lead anchor for the station. It was like a sick joke that Rupert Murdoch was playing on all of us. But conservative audiences put up with Shepard Smith’s smug, condescending liberalism for all those years because no was was really watching his 3 pm time slot—we were all busy working and earning a living while he was on the air.

About two weeks ago, Tucker Carlson called Shepard Smith out for his liberalism. Carlson stated – very politely, I might add – that the daytime news anchor Smith should just let everyone know that he’s a liberal, and that his liberalism taints his news coverage in favor of the left.

Wouldn’t it be refreshing if anchors would just admit what’s obvious to the rest of us? It wasn’t even said with a spirit of meanness. Carlson was way nicer than I would have been. If I had the opportunity to call Shepard Smith out, I would have noted that he looks like he’s about to die of AIDS any second now and that he might be going insane from something he caught in a bathhouse. But that’s just me. 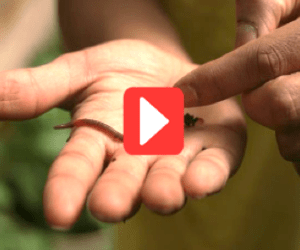 Anyway… Shepard Smith quit. That tiny bit of criticism was too much for him. He started crying, put on his pink ears hat and rode off into the sunset after more than two decades on air, just because Tucker Carlson gently noted that Shepard Smith is a lefty.

Holy cow! That was all it took to made him run off like a coward?! Makes you wish that Sean Hannity had said something about Shepard Smith 15 years ago.

I would have guessed that the Carlson-Smith feud was going to turn into a back-and-forth battle of words for several weeks until Brit Hume sat them down for a peace pow-wow (My apologies to the Warren 2020 campaign for that insensitive image).

But no. Shepard Smith, who was ostensibly one of the most powerful media elites in America, was a fragile, delicate flower who ran away at the first sign of resistance.

Hey, Republicans in Congress, are you paying attention?

Let’s look at another one of our untouchable elites: Congresswoman Lois Frankel (D-FL). Frankel is a four-term incumbent going into the 2020 election. She’s also a very close friend and ally of Nancy Pelosi. Frankel clobbered her Republican opponent in the 2014 and 2016 elections. The situation was so bad for the Republican Party in her district that they didn’t even mount a challenge to Lois Frankel in the 2018 midterms. She ran unopposed in the primary and the general election.

You’d think that would be one of the safest (D) districts in the country for 2020, right? But Pelosi’s buddy Frankel isn’t feeling very safe today.

The reason? She’s getting actual pushback from a MAGA champion – and it’s not going well for Frankel.

For those who don’t remember, Loomer is the conservative activist who had a giant social media army of followers. She’s so popular on the right that she was able to make a living through fan donations on her YouTube, Twitter and Facebook accounts.

I wrote about one of Laura Loomer’s most epic MAGA triumphs last January. She drove down to Mexico and hired a couple of illegal aliens. She then easily smuggled them back across the US-Mexico border. Then, Loomer and her crew drove them to Nancy Pelosi’s palatial vineyard in Napa Valley, California, where they climbed over Pelosi’s wall and had the illegal aliens erect a “sanctuary tent” on the front lawn. I’m still laughing just thinking about it.

Naturally, every social media company in Silicon Valley banned and censored Laura Loomer for the crimes of being effective, conservative, patriotic and awesome. Because of the censorship, Loomer was no longer able to make an honest living. So – ha! – she decided to run for Congress.

As of the third quarter fundraising cycle, Loomer has outraised Nancy Pelosi’s buddy Lois Frankel by a margin of $154,000 to $107,000. That’s amazing, because A) Laura Loomer is unable to use social media at all to raise money for her campaign, and B) the Republican Party in that district doesn’t support her campaign because Loomer is effective, conservative, patriotic and awesome.

Note to Congressman Greg Walden (R-OR): If Laura Loomer wins in 2020, you MUST give her a seat on the Science & Technology Committee so she can needle Facebook and Twitter every day for our viewing pleasure.

If Laura Loomer kicks one of Pelosi’s best friends out of office, it will be even more proof that pushing back against the elites is much more effective than apologizing for your white privilege or “playing nice.”

The other good news is that there are a lot of new GOP candidates rising up for 2020 who are following this Trump model. Get in their faces. Our “elites” aren’t so elite after all. The only thing it takes to blow them over is a willingness to actually push back. And we all owe Donald Trump a debt of gratitude for showing us just how easy it is.