Trump Has Taught Americans How to Fight and Win on Abortion

admin May 16, 2019 News No Comments on Trump Has Taught Americans How to Fight and Win on Abortion

The Alabama state House and Senate have passed a new law banning the practice of abortion in almost every circumstances. It even provides that doctors who perform these murders of babies in the womb be charged with the capital crime of murder.

The “party of science” Democrats want you to know that God will not usher you to the front of St. Peter’s gates if you agree with this law. It’s amazing how much President Donald Trump has shifted the Overton window to the right on the pro-life battle in America.

Ever since the Roe v. Wade decision, Republicans have been browbeaten into thinking that abortion is somehow the “law of the land.” The Supreme Court said it, so that’s permanent!

Uhm… no… that’s not how our system works. If the court makes a dumb decision, it can always be revisited later and overturned. Anybody ever heard of the Dred Scott decision?

A Democrat-majority Supreme Court ruled that blacks cannot be US citizens, and therefore Dred Scott – a former slave – was unable to petition the court for his freedom. He had to go back to the plantation.

If the Democrats’ standard for Roe v. Wade were actually true, then all black people in America, including the ones currently sitting in Congress, would have to choose between going back into slavery (Amazon is hiring!) or being deported to Africa, because the Supreme Court once said so.

We’d also have to make several post-Bill of Rights amendments to the Constitution null and void.

For 46 years, Republicans elected to state offices have baffled pro-life Americans by never even attempting to challenge Roe v. Wade legislatively. The result has been 60 million abortions, followed by the importation of 60 million foreigners to replace our own exterminated population. How anyone can argue that this is a “social good” for America is mystifying.

The spectacular Alabama bill not only challenges Roe v. Wade head-on, but it also directly attacks the stupid false arguments used to justify abortion, namely, “rape, incest and the life of the mother.”

How about that “life of the mother” argument? There is no known medical condition that will result in a woman’s death unless she has an abortion. Don’t you think we’d have heard of that medical condition’s name by now if it existed? “She’s going to die of skerplopidosis if we don’t decapitate that baby right now!”

If a woman happens to need life-saving surgery while she’s pregnant, and it results in the death of the baby, that is a terrible tragedy. But it is not, medically or legally, considered an abortion. And if a woman is having trouble giving birth to a really big baby and it threatens her life, we have this brand-new procedure called a Cesarean-section. Oh, wait… Cesarean… Caesar… no, sorry, it’s not a brand-new procedure. Anyway, the “life of the mother” is a completely false argument. 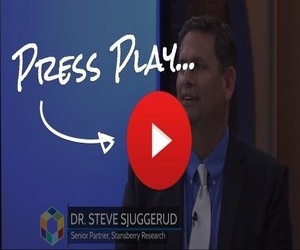 “Oh, so you want to force women to raise their rapist’s baby?!” is what the feminists will shriek next. In fact, the Democrat Senate minority leader in Alabama huffed, “We raped women last night” after the historic vote. For the purposes of our discussion, however, we’ll limit our comments to Whoopi Goldberg’s version of “rape-rape” and not to the Democrats’ definition of rape which is “voting in a way that Democrats don’t like.”

No one is suggesting that women be forced to raise the baby. We’re just saying you don’t get to kill that baby, Democrats. Sheesh! For people who don’t believe in the death penalty for rapists, you sure are quick to want to execute a baby that might result from that crime.

We get it, Democrats. You don’t want to have to raise an illegal alien’s baby. That doesn’t mean the baby has to die.

Tens of thousands of couples in America are unable to conceive children and want to adopt. But since Roe v. Wade, it now takes decades of sitting on a waiting list to be able to even find a baby to adopt. If you think “Avengers: Endgame” has a bunch of amazing superheroes in it, you should spend five minutes talking to a couple who has adopted a baby from a Third World country.

These amazing parents have to deal with State Department bureaucrats. They pay tens of thousands of dollars out of pocket to visit an orphanage in a war-torn country – and it usually takes multiple visits. They pay additional thousands to bribe every corrupt police official who stops them on their journey. They have to risk life, limb and disease while journeying thousands of miles just to adopt a blind and crippled baby. All because they have so much love in their hearts to share with an unwanted child.

Just trust us on this one liberals – someone will raise that baby and give it a good life, if you let it live. They won’t care if the father is an illegal alien or if the baby is one of those ultra-rare products of incest that we somehow never hear about.

President Trump has reminded us all that if you get up and fight, you get to win sometimes. We already knew that if you never fight, you never win. Republican state legislatures have been demonstrating that for 46 years on Roe v. Wade.

Let’s challenge Roe v. Wade. Even in a best-case scenario, a conservative-majority Supreme Court is likely to rule that abortion should be a states’ rights issue. Then Alabama can make abortion totally illegal if it wants to, while California can continue to kill all of its future taxpayers.

The nice thing about it is that by the time the challenges to the Alabama law make their way to the Supreme Court, we’re likely to have a 6-3 or 7-2 conservative majority on it.

Then, we can all look forward to the Democrats calling for the illegitimate Supreme Court to be impeached and abolished, and how court rulings aren’t really meant to be followed anyway.

Thank you, President Trump, for your solid pro-life stance. Thank you for appointing solid conservative justices to the US Supreme Court. And thank you, from the bottom of our hearts, for showing everyday Americans how to fight and win again.

Most Popular
Is your big belly really a "Swollen Colon?”
Bill O'Reilly's Wild Money Secret! Learn more
The Federal Reserve to Be Shut Down by Trump?
Viral Video Predicts Massive Stock Market Event
REDACTED: What did Dems Hide in Pandemic Stimulus Bill?
Do You Own Gold? Read This Now (Must-See Chart)
Sponsor Content

Do You Own Gold? Read This Now (Must-See Chart)
Sponsored Content