Democrats continue to move their policies farther and farther to the left. Perhaps their most outrageous new policy has to do with our country’s Southern border. They have now adopted the platform that any border security whatsoever is racist and evil. They’re supporting 100-percent open borders.

No country in the world does that, but the Democrats don’t care. Their Trump Derangement Syndrome is so severe that they would literally rather burn this country to the ground than see him claim victory on a single policy point.

That leaves us with record illegal crossings and the trafficking that comes with the package. In June, enough fentanyl crossed into New Mexico to kill every single person in this country. That’s not an exaggeration. Human trafficking — especially the trafficking of children — has hit all-time highs this year. Democrats are in favor of these issues, just to give President Trump a hard time.

That level of insanity is what he has had to fight against. Somehow, miraculously, he just scored a huge victory on border security. He has overcome a level of opposition we have never seen before, and America will be better for it.

Democrats have obstructed border security in every way they possibly can since President Trump was elected. Overall, they’ve been obstructing since Ronald Reagan was in office, but they definitely ramped up their efforts in the Trump era.

Despite that, the President has worked hard to find creative ways around their obstruction efforts. He’s been blocked time and again, but he finally found a means of building the wall that they can’t outright oppose.

It’s pretty simple. The President has the authority to appropriate unspent defense money for projects that improve national defense. All he has to do is show how building a border wall is in fact an application of defense. That’s easy. So, he made this move and secured $2.5 billion of existing defense funds for the wall. That’s nowhere near enough for a full wall across the entire border, but it’s definitely enough to plug the biggest holes and make a huge difference.

Naturally, the Democrats sued him when he made the proposal to use Dept of Defense money to build the wall. They claim that Congress has full control over all government spending, even though they wrote the bill that left some funds at the discretion of the Department of Defense.

The lawsuits pinged back and forth, and eventually the contest made it to the Supreme Court. That’s where we got our recent ruling. In a 5-4 decision, the Supreme Court sided with President Trump and gave him the green light. It’s a huge win.

He can now move forward with spending that money on construction. By most estimates, this should get us between 100 and 200 miles of new border protection. That’s not the full wall, but with a little location strategy, that’s enough fence to drastically reduce the record levels of illegal immigration we’ve been seeing this year.

Add to that the Mexican governments efforts (brought to us by President Trump), and there’s real hope that we might once again have a secure border and stop illegal immigration that’s draining our country’s resources. 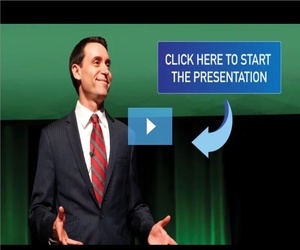 The highest dividend ever? (I'm in SHOCK)

Well, that’s the optimistic point of view. We have to acknowledge that the Democrats aren’t quitters. They’re deranged, but they don’t quit. They have proven that by increasing impeachment pressure after Mueller basically cleared the President on national television.

Here’s where things stand now. President Trump can move forward with wall construction, but 20 states and a number of Democratic groups are already working on new lawsuits. They can’t challenge the President’s right to appropriate the money, but they’ll find other ways to nitpick border wall construction.

The basic goal is to lock down any new construction in an endless quagmire of litigation until they can get him out of the White House next year. They’re also doing this independently of any national Democratic agenda, so there is no negotiation on the table. The wall will simply have to endure endless frivolous lawsuits.

That said, the wall isn’t dead. The lawsuits will make things difficult and slow progress, but there are bound to be some Trump victories along the way. Every time that happens, we’ll see more miles of wall go up.

It’s important to understand why the Democrats are digging their heels so hard on this. Only a few years ago, President Obama himself supported a border wall. Now that Donald Trump is in office, they’ve flipped?

The underlying motivation comes from one of two places. The most common source is pure obstinacy. The left has doubled down on hating President Trump so many times that they have to fight against every single one of his policies, regardless of how stupid they look in the process. They’re blocking the wall simply so they can say they fought against Trump. That’s it.

The second motivation is less common, but it still exists. If we’re completely honest, we know that at least some illegal immigrants vote. We also know that they vote almost exclusively Democrat. The Democrats who realize this absolutely can’t afford for a wall to be built. They need those extra votes to continue walking across the border unimpeded.

The easiest way to test if this is true is to ask a Democrat why we can’t check state voting records. They fight vehemently to keep that information away from any federal eyes. They say it’s to protect privacy, but let’s be real. That personal information is already in government archives. They just don’t want anyone to see just how many illegal votes are actually counted every year.

So, here’s where things stand. President Trump just received a huge victory. The war is far from over, but we can expect at least some wall progress to finally happen over the next two years.

It would go a lot faster if Democrats weren’t rabid about this issue, but we can move forward in spite of their resistance. With every mile we build, the border becomes that much more secure. Thank you, President Trump, for having the will and creativity to get us this far.